Posted on 4 March 2012 by jews4big | Comments Off on J-BIG joins wave of support for Jenny Tonge, champion of Palestinian rights

Jews for Boycotting Israeli Goods can confirm what so many others have been saying since Liberal Democrat leader Nick Clegg forced Jenny Tonge to resign from the party:  She is a consistent friend of Palestinian human rights, always willing to work with campaigners trying to bring an end to Israel’s unrelenting denial of justice to the Palestinian people.

“My experience of working with Jenny is of a warm, kind and genuine person, always supportive on a personal level and an enthusiastic participant in J-BIG events,” said Deborah Fink, a founding member of the  group. “Suggestions that she is an extremist who dislikes Jews are absurd.”

The report below, from Friends of Al-Aqsa, explains the circumstances surrounding Baroness Tonge’s departure from the Lib Dems and includes a call to act in her defence.

Guardian columnist Michael White says that her remarks about Israel were not as outrageous as Clegg made out. 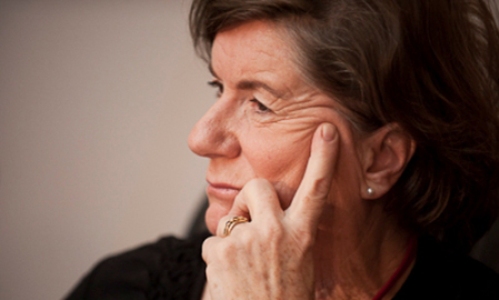 Baroness Tonge, a long time champion of the Palestinian struggle for freedom chose to leave the party rather than be forced to toe the party line where Israel is concerned.

The exact statement she made at Middlesex University last week was:

“Israel is not going to be there forever in its present form. One day, the United States of America will get sick of giving £70bn a year to Israel to support what I call America’s aircraft carrier in the Middle East – that is Israel. One day, the American people are going to say to the Israel lobby in the USA: enough is enough. Israel will lose support and then they will reap what they have sown.”

Ismail Patel, Chair of Friends of Al-Aqsa stated: “There was nothing in her statement which was unfair or inappropriate. The fact is that Israel in its present form is a racist state which has been occupying Palestinian land for over 44 years. This cannot and will not last forever. Millions of people around the world who form the ‘Free Palestine’ solidarity movement will work hard to ensure that Israel ends its occupation and that Arab Israeli’s are given equal rights within Israel. These aims merely represent international legal standards.”

Party leader Nick Clegg’s ultimatum was unnecessary and reflects the unacceptable sway the pro-Israel lobby appears to have on the party’s policies towards Israel.

1. Write to Nick Clegg condemning his ultimatum to Jenny Tonge.

2. Write to Baroness Jenny Tonge expressing support for her brave stand and continued solidarity with the Palestinian people.

Read FOA’s letter expressing our disappointment to Nick Clegg and our letter of support to Jenny Tonge.